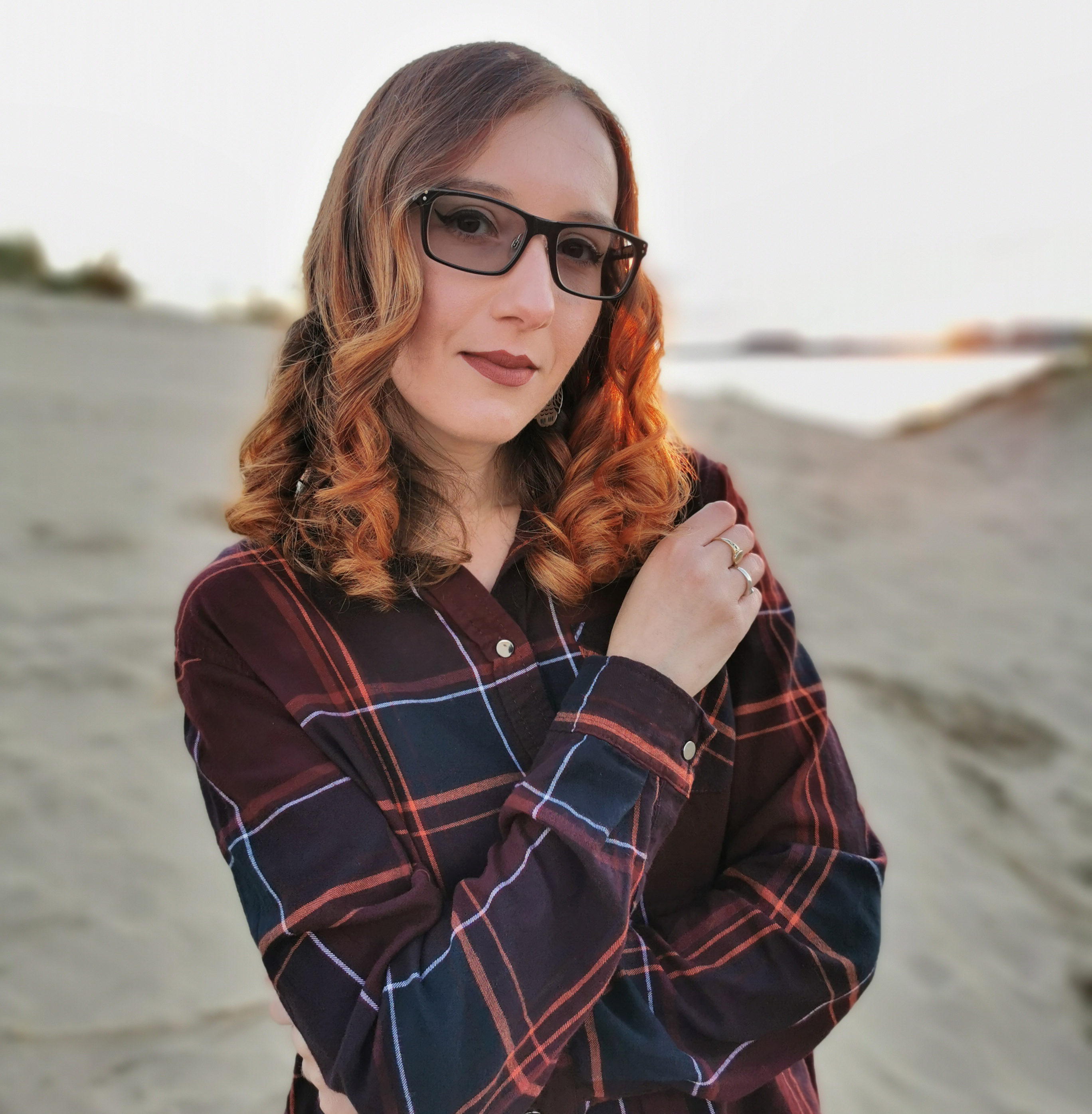 I’ve been feeling like I needed to write this for some time now. This has been an incredibly difficult thing to write as I’m not used to sharing this level of vulnerability. For many years I’ve been putting myself out there with activities like modelling, authoring three books, my other business and now, this blog. Today, I really want to share some things I’ve been battling with on a personal level as a way of letting you into my mind and feelings. This post is all about my flaws and how I’m working on them.

My two main flaws go hand in hand – a tendency towards jealousy and also, comparison to others. I’ve never been the most confident person in the world, even though I try to give off the illusion that I am (I’m not really sure why, it just seemed like a good way of dealing with my insecurities). I’ve always had this side to me but have come to notice it more recently in the context of my entrepreneurial activities.

Throughout my time at school and university, I set up numerous ventures or, at least made a start doing something that nobody else seemed to be doing at that moment. When starting out, of course, some of my close friends would be there to support me but for the most part, I would have to fight so hard for every single like on social media or any other kind of support for that matter. I have also been met with an incredible amount of abuse when starting some ventures, the worst being when I made the national media. At the very least, people around me would just tell me that whatever I was doing was stupid/inappropriate or pointless so I should just quit. In recent years, many of my friends or people from my hometown have set up their own businesses. Honestly, I couldn’t be happier that they’re starting something, simply because they love what they are doing and I wish them all the best. One thing about this though is that I have noticed a big difference between myself and them in terms of our experiences.

As a hypothetical example, someone I know sets up a business making handmade greetings cards and, on a Friday afternoon, they set up a Facebook page to promote their new venture. The entire weekend will be filled with friends, parents of friends and lots of other people from the town promoting them, liking their page and saying amazing things about what they’re doing. Chances are, they will also probably have sold a huge amount of products too due to the influx of love and support. By some time in the following week, they likely have a thousand likes on their Facebook page with an ever-growing amount of people recommending them meaning more and more customers are coming in. Again, I want to reiterate that I’m always really happy for people when I see this kind of thing – I love watching people get praise for doing something like this.

I’ve been so scared to write about this just because I don’t want even more hate or abuse but the following is an idea of what things go like for me in contrast to the above. I’ll base this off the launch of my books back in 2012 because it is of similar nature in that the media was only involved very minimally. I started a Facebook page to promote my writing and got stuck at around a hundred likes for over six months. After this point, I joined ‘like for like’ schemes so that I could support others who needed a boost while they supported me by liking back. My friends, who had known I was releasing books for a long time prior to the launch, slowly turned sour with me. Of course, a number of people did read one or all of the books but I lost a massive amount of friends simply because people were so sick of the idea of supporting me, even though they had never supported me from the beginning. People also talked behind my back in an attempt to turn even more people away from me. My school praised all of the actors, singers and sportspeople while they never said a word about me and the biggest achievement of my life at the time. The only thing I had was a homemade A4 poster on the library door which was quickly graffitied and then ripped down by a passer-by. As I said, I base this experience on my book launches but similar happened with regards to intense amounts of abuse from the local community when I started House of Callaway. There has also been a general atmosphere of frustration with me since starting this blog (only a small percentage of my friends have acknowledged my writing here). I want to say here that I don’t expect the entire world to adore me but something kinder than hate or outright avoiding me would have been appreciated.

The obvious emotion I have acknowledged with this is jealousy. It’s clear to see that I wish I could reach as many people as easily as others do. I’m also very envious of how likeable other people seem to be compared with how I view myself. This emotional state has given rise to a significant amount of comparison to others. Given that I feel that I am difficult to want to support because of my track history, I’ve often been left to wonder what is wrong with me or whether I need to change myself. Over the years, I’ve considered plastic surgery to edit my image to be more ‘traditionally’ attractive. I also looked into coaching to correct my body language and manner of speaking as I am extremely self-conscious about how I present myself to the world due to being on the autistic spectrum. I have also spent time completely consumed with the fear that maybe, even if I changed myself, still nobody beyond my small circle would accept me or want to support me. I have ideas for future projects/changes I’d love to make to my existing business as well as this blog but the fear that nobody will care is a difficult thing to face. In amongst all of this, I’ve regularly scolded myself for being a horrible person for experiencing jealousy and generally built up a huge amount of negative self-talk over the years.

In 2020, I decided I really needed to explore the way I spoke to myself and work on trying to move on from this. My first step was understanding that people are always going to cherry-pick who they support and if they don’t like me for whatever reason, that’s ok. This realisation was an important moment in terms of allowing me to make peace with the fact that the blame doesn’t always have to lie with me when people are holding grudges or judgements – that’s on the other person to work through with themselves.

Another important thing I’ve been working on is self-love. I have lived for a very long time in a state of low self-esteem thanks to abusive relationships in the past as well as beating myself up about things I could never control. In my work, I’ve made it my goal to never hurt anyone else intentionally and maintain an environment of love and support for all who engage with me. I think what has always upset me about this mindset is when people didn’t share my positivity in return or even said extremely negative things about my work or my business ventures. Unpacking this, I feel that I spent so much time trying to love and support others with what I do that I forgot to take care of myself along the way. This move to self-care and self-love has looked like a lot of different things in the last year. Firstly, I moved House of Callaway to only providing ready to ship stock and always asking for help when I needed it. I have also learned to say no to projects that were clearly out of my depth. With this blog, I’ve allowed myself the space for creative freedom in what I write about rather than getting hung up on analytical trends, SEO or the ‘secrets’ of how to go viral.

I’m still a long way from being able to fully let go of these flaws but I wanted to share where I am at the moment. If you’ve made it this far through the post, thank you.

How to Gain Self-Confidence [Why I Started Blogging]

Self-Care: An Unconventional Discussion [4 Things I Wanted to Say]

Welsh blogger bringing you the discussions nobody else will have. ⚪ Female wellbeing ⚪ Millennial mindset ⚪ Life lessons ⚪ FAM Instructor

Had a great time cycling over to Craig Yr Aber Res

Members day at @snapbridgend 🙌🏻 probably the

This website uses cookies to improve your experience while you navigate through the website. Out of these cookies, the cookies that are categorized as necessary are stored on your browser as they are essential for the working of basic functionalities of the website. We also use third-party cookies that help us analyze and understand how you use this website. These cookies will be stored in your browser only with your consent. You also have the option to opt-out of these cookies. But opting out of some of these cookies may have an effect on your browsing experience.
Necessary Always Enabled
Necessary cookies are absolutely essential for the website to function properly. This category only includes cookies that ensures basic functionalities and security features of the website. These cookies do not store any personal information.
Functional
Functional cookies help to perform certain functionalities like sharing the content of the website on social media platforms, collect feedbacks, and other third-party features.
Performance
Performance cookies are used to understand and analyze the key performance indexes of the website which helps in delivering a better user experience for the visitors.
Analytics
Analytical cookies are used to understand how visitors interact with the website. These cookies help provide information on metrics the number of visitors, bounce rate, traffic source, etc.
Advertisement
Advertisement cookies are used to provide visitors with relevant ads and marketing campaigns. These cookies track visitors across websites and collect information to provide customized ads.
Others
Other uncategorized cookies are those that are being analyzed and have not been classified into a category as yet.
SAVE & ACCEPT
Powered by